Divergence is when the price of an asset is moving in the opposite direction of a technical indicator, such as an oscillator, or is moving contrary to other data. Divergence warns that the current price trend may be weakening, and in some cases may lead to the price changing direction.

Divergence can occur between the price of an asset and almost any technical or fundamental indicator or data.

Though, divergence is typically used by technical traders when the price is moving in the opposite direction of a technical indicator.

Divergence isn’t to be relied on exclusively, as it doesn’t provide timely trade signals. Divergence can last a long time without a price reversal occurring.

Divergence is not present for all major price reversals, it is only present on some. 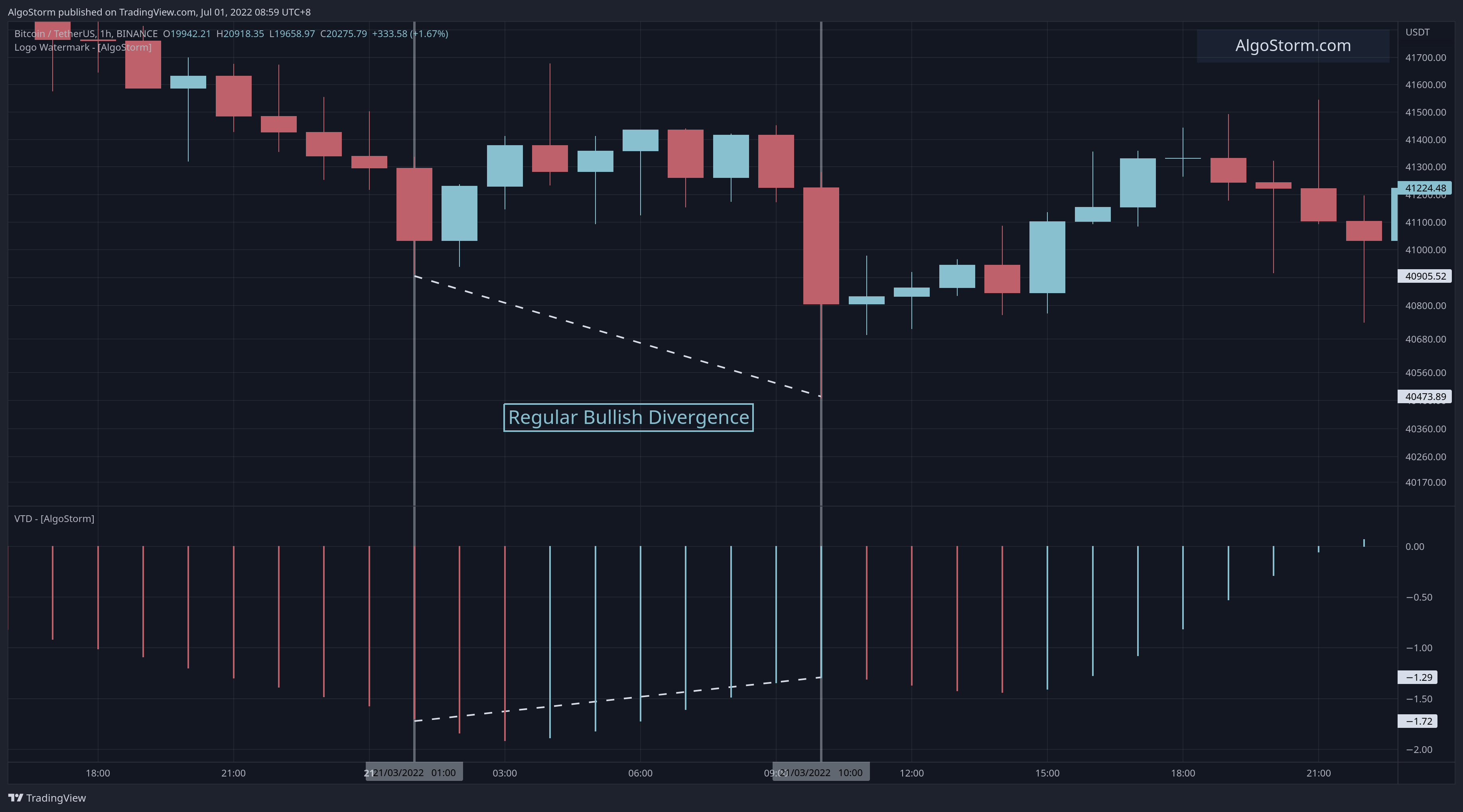 Bullish Divergence signals price could start moving higher soon. It occurs when the price is moving lower but a technical indicator is moving higher or showing bullish signals. 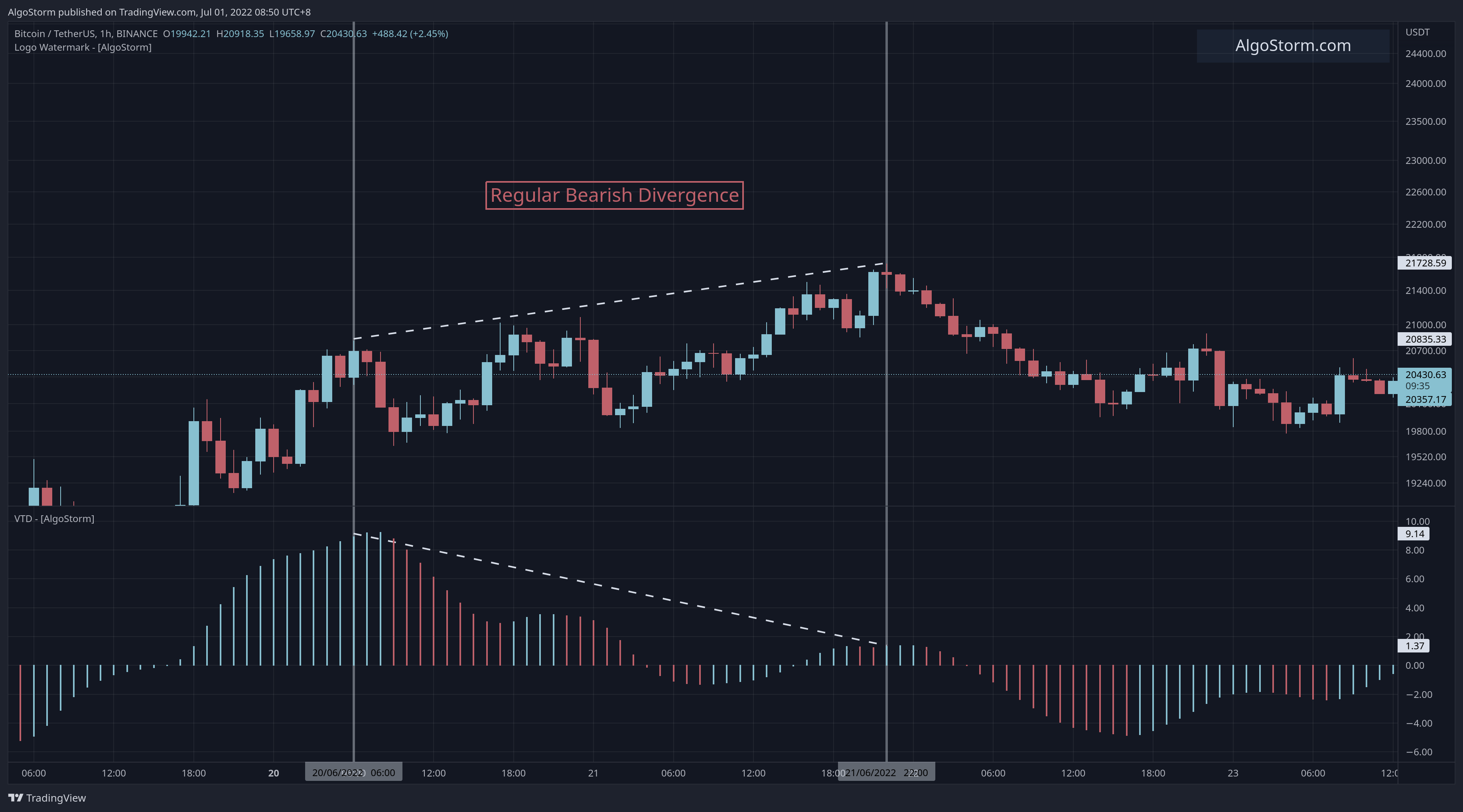 Bearish Divergence points to lower prices in the future. It occurs when the price is moving higher but a technical indicator is moving lower or showing bearish signals.

Traders use divergence to assess the underlying momentum in the price of an asset, and for assessing the likelihood of a price reversal.

For example, investors can plot oscillators, like the Relative Strength Index (RSI), on a price chart. If the stock is rising and making new highs, ideally the RSI is reaching new highs as well. If the stock is making new highs, but the RSI starts making lower highs, this warns the price uptrend may be weakening. This is negative divergence. The trader can then determine if they want to exit the position or set a stop loss in case the price starts to decline.

Positive divergence is the opposite situation. Imagine the price of a stock is making new lows while the RSI makes higher lows with each swing in the stock price. Investors may conclude that the lower lows in the stock price are losing their downward momentum and a trend reversal may soon follow.

Divergence is one of the common uses of many technical indicators, primarily the oscillators.

Note: Our team uses our own premium indicators for spotting divergences. Namely, the VTD and the LMD indicators. You can access them by joining AlgoStorm.com

Regular Bullish Divergence or (Regular Positive Divergence) occurs in a down trend when the price action prints lower lows that are not confirmed by the oscillating indicator.

This indicates a weakness in the down trend as selling is less urgent or buyers are emerging. When the oscillator fails to confirm the lower lows on the price action, it can either makes higher lows, which is more significant, or it can make double or triple bottoms. The latter occurs more often on oscillators, such as RSI and Stochastics that are range bound and less often on oscillators such as MACD and CCI that are not range bound.

Regular Bearish Divergence or (Regular Negative Divergence) occurs in an uptrend when the price action makes higher highs that are not confirmed by the oscillating indicator.

This indicates a weakness in the uptrend as buying is less intense and selling or profit taking is increasing. As with positive divergence, the oscillator can fail to confirm the higher highs on the price action by either making lower highs, which is more significant, or by making double or triple tops. As with positive divergence, double and triple tops are more prevalent on range bound oscillators.

Hidden Bullish Divergence (or Positive Hidden Divergence) occurs during a correction in an uptrend when the oscillator makes a higher high while the price action does not as it is in a correction or consolidation phase.

This indicates that there is still strength in the uptrend and that the correction is merely profit taking rather than the emergence of strong selling and is thus unlikely to be last long. Thus, the uptrend can be expect to resume.

Hidden Bearish Divergence or (Negative Hidden Divergence) occurs during a reaction in a down trend when the oscillator makes a lower low while the price action does not as it is in a reaction or consolidation phase.

This indicates that the selling has not waned and that that down trend is still strong. The reaction is merely profit taking rather than the emergence of strong buyers and is thus likely to be short lived. As a result, the down trend is more likely to resume in due time. 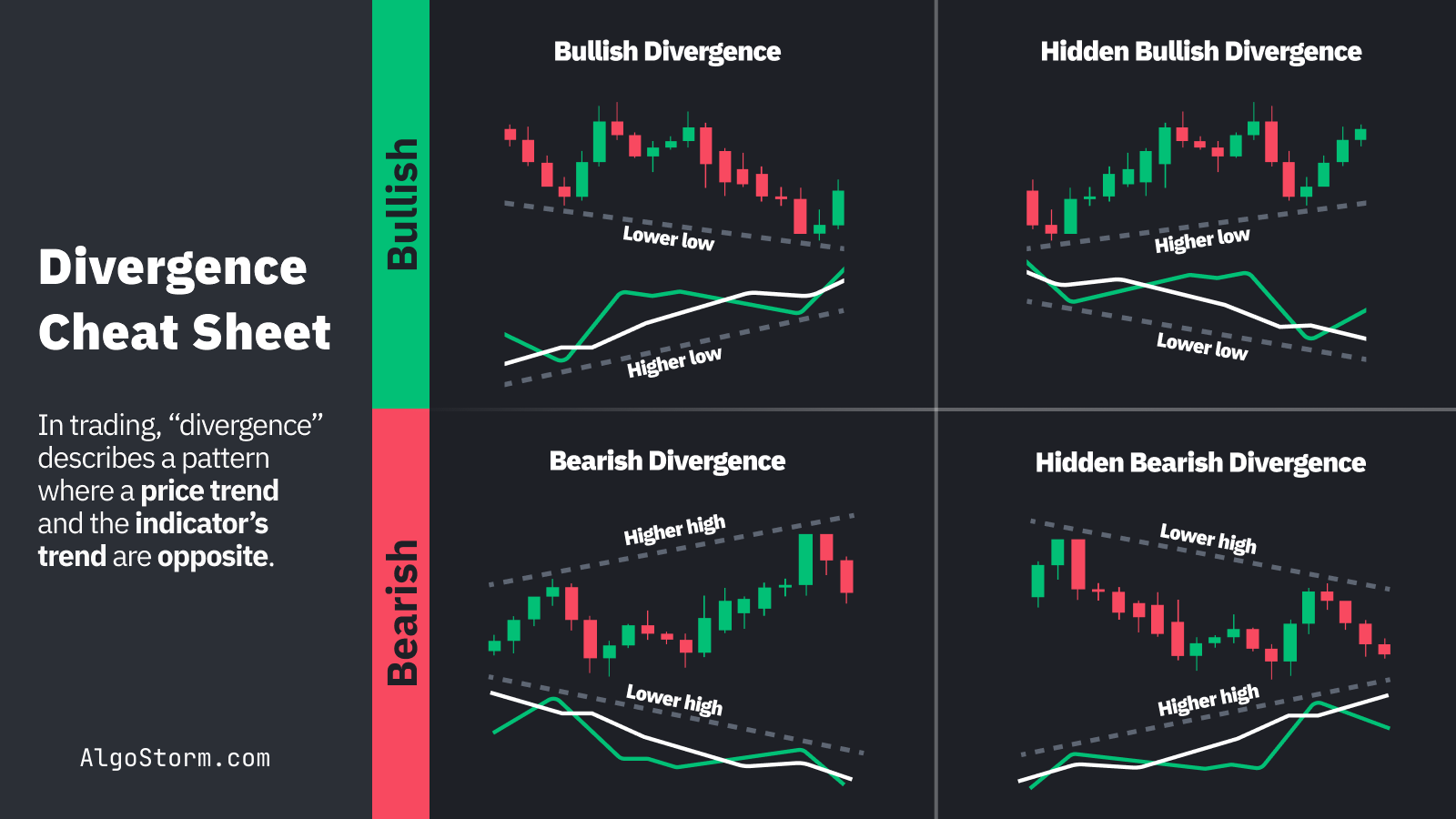 The Difference Between Divergence and Confirmation

Ideally, traders want confirmation to enter trades and while in trades. If the price is moving up, they want their indicators to signal that the price move is likely to continue.

As is true with all forms of technical analysis, investors should use a combination of indicators and analysis techniques to confirm a trend reversal before acting on divergence alone. Divergence will not be present for all price reversals, therefore, some other form of risk control or analysis needs to be used in conjunction with divergence.

Also, when divergence does occur, it doesn’t mean the price will reverse or that a reversal will occur soon. Divergence can last a long time, so acting on it alone could be mean substantial losses if the price doesn’t react as expected.